Brief summaries of the research of the past recipients of the Australian Ecology Research Award (AERA) are outlined below.

The recipient’s institutional affiliation in the year of their AERA is indicated in parentheses. 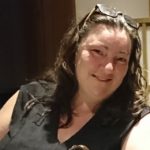 Dr Diana Fisher is a mammal ecologist. She and her research group work on ecology and biogeography of mammals, especially in Australia and Melanesia. Her research interests include causes and detectability of extinction and decline; conservation ecology of threatened and declining marsupials, bats, and tropical mammals; mating systems; and life history evolution, especially associations between life histories and seasonality, climate, and sexual selection. Her group’s field study animals include dasyurids, macropods, Melanesian flying foxes, and invasive predators.

She is co-chair of the IUCN Marsupial and Monotreme Specialist Group, Vice President of the Australian Mammal Society, a CI in the NESP Threatened Species Recovery hub, part of the UQ Centre for Biodiversity and Conservation Science group leadership, a member of the ARC College of Experts, and on the editorial board of Proceedings of the Royal Society of London Series B and Methods in Ecology and Evolution. 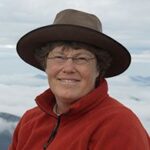 Australian Ecology Research Award winner Menna Jones on landscape scale conservation in Tassie midlands. “We need to move away from the idea of protected areas for conservation and stop seeing productive farmland as a hole in the landscape from a biodiversity point of view,” ecologist Menna Jones from the University of Tasmania told the Ecological Society of Australia Conference in Launceston on receiving the award. Ninety-nine percent of our country is outside of islands and fenced reserves where pervasive threats like feral cats can be eliminated, she said, so we need to learn how to manage the landscape as a whole, working with farmers and other land managers. Being acknowledged for her lifetime contributions to ecology with the Australian Ecology Research Award (AERA), Menna highlighted the many examples of conservation activities she’d been involved with on farms and on private properties in the Tasmanian Midlands and beyond. More on the midlands. 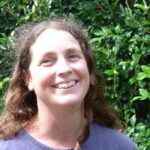 Angela Moles is a Professor in the School of Biological, Earth and Environmental Sciences at UNSW Sydney. Her findings have regularly overturned traditional thinking and led to major advances in the development of understanding of global patterns in ecology. Angela is also well-known as an enthusiastic and effective science communicator. She has made substantial contributions to Australian ecology, through outreach, education, and service as the Ecological Society of Australia’s Vice-President for Student Affairs where she implemented two new national student prizes. Read more.

2017: Richard Fuller (The University of Queensland) 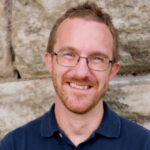 The Ecological Society of Australia has presented the award to Dr Fuller for his work on migratory birds, as well as his contribution to Australian ecology through training graduate students and for his contribution to shaping environmental policy, both nationally and internationally. Each year, millions of migratory shorebirds from Arctic Russia and Alaska migrate south to avoid the harsh northern winter. The feats they undertake are incredible. The birds fly further than a Qantas jet. It’s amazing how they know where they are going. They seem to have an inbuilt GPS,’ said Dr Fuller. Dr Fuller used satellite data to investigate habitat changes along the birds’ migration path. Read more.

2016: Jane Elith (The University of Melbourne)

Jane specialised in species distribution models, statistical models that describe relationships between the occurrence or abundance of species and the environment. These are used by both academics and practitioners, and Jane has been particularly interested in technical details of the methods and their appropriateness for the data and questions to which they are often applied.  She has tested methods and explored their uncertainties, helped to develop and extend methods appropriate for typical data types, and worked on a broad range of practical applications. Jane is particularly keen on providing typical users with good technical advice for how to apply the methods, so a strong focus of her research has been writing guides and tutorials for methods, and working with statisticians and computer scientists to progress techniques and understanding.

Saul’s research focused on plant-pollinator interactions. Like many, he was drawn to them initially because they are complex and beautiful examples of nature at work. Over time, however, Saul’s research has focused more explicitly on the practical questions that emerge when you think about these systems. Does native plant conservation require a focus on pollinators? What role do wild pollinators play in supporting agricultural production? Will pollinator management increase the productivity of my crop? How can we

manage agricultural land to keep wild pollinators doing their work? He has explored these questions in varied landscapes, from rain forest to paddock, and with a wide network of collaborators in Australia and internationally. Saul has used crop pollination as an archetypal example of the way in which humans depend on nature, and to offer solutions to the challenge of conserving biodiversity in transformed landscapes at the same time as feeding a growing global population. 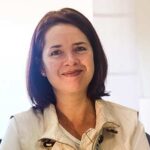 Melodie’s work investigated key questions in spatial ecology, including the dynamics of species distributions, how ecological patterns and mechanisms change with spatial scale, and the development of models to better describe and predict these patterns. Together with her research on occupancy-based modelling of species distributions this research has led to novel approaches for predicting abundance, and new metrics for measuring and monitoring change. Her research has encompassed work on invertebrates, plants and birds in island and continental systems, has contributed to improvements in conservation practise and has been taken up in policy recommendations. Melodie is widely known for her work on the development of bioindicator systems, most recently the global indicator of biological invasion used for reporting on the Convention on Biological Diversity’s 2010 Biodiversity Target.

David’s contributions have provided a strong scientific foundation for the conservation of biodiversity. Specifically, David’s research includes developing methods of biological survey, description and mapping of vegetation patterns, conservation planning, fire ecology and management, restoration of native vegetation, interactions between environmental gradients and disturbance regimes, population viability analysis, long term ecological studies on ecosystem dynamics, interactions between herbivores and plant communities, ecological effects of climate change and risk assessment methods for species and ecosystem conservation. A common thread to David’s research has been the active field component and the scientific knowledge this provides to solve the applied problems to achieve the conservation of biodiversity.

Chris’ research focuses on understanding the causes of mammal declines and extinctions in Australia. Chris and his colleagues used evidence from a novel high-resolution record to document that impacts caused by the arrival of humans were coincident with the decline and extinction of the Australian megafuana.  In work exploring the reasons for contemporary mammal declines Chris has shown that top predators, such as dingoes, limit the abundance of mesopredators (cats and foxes) thereby reducing predation on native wildlife. As Australia has already witnessed record losses of mammal species, this work is of direct and on-going significance for the conservation of mammal biodiversity in Australia. To test management strategies to alleviate these pressures, Chris and his team are using large-scale manipulations to resolve the interacting factors contributing to the decline of native mammals in northern Australia.

Lesley’s work examined on the impacts of climate change on natural ecosystems and species with a focus on Australia. The work was significant as a synthesis across systems and approaches and for its influence on ecologists and in the public arena. Lesley has employed methods from bioclimatic modelling, field surveys and laboratory manipulations to document the potential impacts of climate change on butterflies, bird migration, restoration practices, conservation policy, herbivorous insects, insect communities, and plant phenology.

Corey’s quantitative research focused on wildlife population management and climate change impacts on biodiversity. His work has revolutionised how ecologists can combine demographic, genetic, landscape and economic data within advanced mathematical models to design the most cost-effective and efficient invasive species control, to determine threats to biodiversity, and to estimate the impact of human activities on biodiversity on a global scale.

David’s large-scale longitudinal natural experiments and rigorous experimental designs challenges all ecologists to answer questions at appropriate scales. His studies integrate sampling of mammals, birds, and vegetation and are a major contribution to biodiversity conservation and ecologically sustainable resource management. David’s work has highlighted the landscape context and complex responses of birds and mammals to fire, and is vitally important for ecologically sustainable fire management.

Bob is widely credited with establishing the important and emerging field of systematic conservation planning and he continues to be recognised internationally as its leading proponent and innovator. His journal papers include some of the classic and most widely cited papers in his field. Bob has led a global shift towards translating the concepts and techniques of systematic conservation planning into actual conservation
decisions on the ground.