It’s not just humans who doing it tough in 2020. Our native frogs are also suffering in the face of the multiple threats of bushfire, disease and drought, with many species looking down the barrel of extinction.

But a new study by University of Melbourne researcher Laura Brannelly will use genetics to work out why some frog species can survive disease, and how we can best help those populations endure other threats, such as climate change. 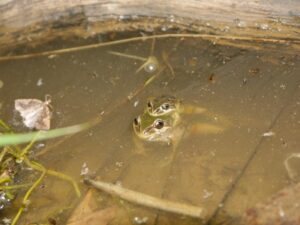 Australia’s frog populations have been battling the disease-causing Chytrid fungus for over 30 years, and they’re not alone, with the resulting chytridiomycosis disease now known to be the primary cause of declining amphibian populations worldwide.

Australia’s alpine treefrog (Litoria verreauxii alpina) has experienced extreme declines due to this disease and is now considered endangered – but it is holding on in 10 locations.

While frogs in these populations still die from the disease in large numbers, they are making up for lost numbers with successful breeding.

Unfortunately, relying on reproduction is a precarious strategy because whole populations can be lost with one or two successive years of larval death due to natural disasters such as the recent devastating fires and drought seen in Australia – which are anticipated to become more frequent with climate change. What this means for the alpine treefrog is that it is now only found in areas where there is permanent water.

As part of her ARC funded DECRA studies, Laura will look at the genetics in these surviving populations (plus some museum specimens) to see how the genes differ between populations that have the disease to those that don’t. She hopes that these comparisons will reveal what mechanisms might be helping the infected populations to survive.

With this information to hand, Laura can then build computer models which can assess the sustainability of the surviving populations under different environmental conditions and work out which ones might need our help to survive the future impacts of climate change. For instance, by undertaking habitat protection or modification in the face of climate change to ensure they have access to permanent water for breeding.

“While this study is focused on the alpine tree frog, the findings can be adapted to support the management of other amphibian species in similar circumstances.”

Laura Brannelly is the winner of the ESA’s 2020 Wiley Next Generation Ecologist Award and will use her $3,000 prize to undertake bioinformatics training, as well as meeting with experts in genetics, reproduction and conservation from Taronga Zoo and The University of Sydney to inform her work. 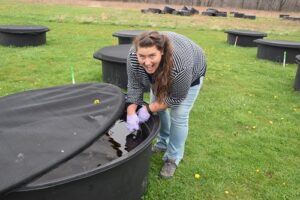 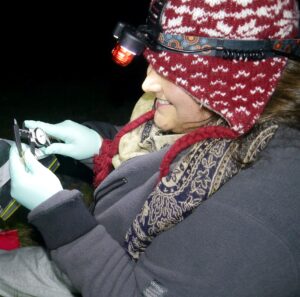