This year the ESA has drafted a conference statement, a statement of concern about Australia’s ecosystems that is aligned with the conference theme. ‘Ecology in the Anthropocene: addressing the grand challenge of our time’ calls for specific urgent actions to be addressed including, for example, substantial increases in public investment in maintaining Australia’s ecosystems and revising or replacing the current national environmental legislation, which has presided over the ongoing decline of biodiversity in this country. The statement was supported by a show of hands at the conference, with delegates showing overwhelming support. The statement puts on record the feelings of our society on this theme and contributes to what we hope is growing momentum for change in this area.

And change is needed across a broad range of ecology and conservation, including with regard to academic freedom. Over the past few months I’ve seen some very serious violations of academic freedom in relation to feral horse management, including how that plays out for biodiversity management. So let me move on to the main topic.

Last year I discussed academic freedom, noting that public service ecologists are gagged on controversial issues. I argued this is a problem because it means the general public are kept in the dark and they can’t make informed choices at the ballot box. But my experience in the feral horse debate has highlighted that it also provides an opportunity for misinformation from vested interests to fill the information void.

And this may be what has contributed to the disastrous policy outcomes for feral horses in the Australian alps. Here’s a quote from Tom Bagnet, ex-NSW Office of Environment and Heritage, as reported in the media recently: “We found it very difficult to talk to the media to counter any of the claims being made about the horses… Some of (the claims) were outlandish.”

Claims like: there’s no impact, and, it’s deer that cause the damage, not horses.

And if all of that wasn’t outlandish enough, we saw the Kosciuszko wild horse heritage bill passed into law by the NSW Parliament. The legislation was drafted initially by financial vested interests and presented in the NSW Parliament by Deputy Premier Barilaro, who receives donations from the same financial vested interest. The legislation requires national parks staff to maintain a ‘sustainable’ feral horse population in Kosciuszko National Park and where there is a conflict between keeping horses and the existing legal plan of management, the horses win out. Mr Barilaro is on record denying this latter point, but it is written in the legislation.

Now when governments are making costly and environmentally damaging decisions, scientists step up, by tradition. In 1957 the Australian Academy of Science (AAS) put out a report “On the condition of the High Mountain Catchments of New South Wales and Victoria” that led to stock exclusion above 1,350 m and cancellation of “snow leases” in Kosciuszko. In 1963 the Academy helped establish the ‘Kosciuszko Primitive Area’ which limited hydro and ski development around the summit area. And now scientists are stepping up again to inject evidence and argue the case for keeping national parks as places for conserving native Australian ecosystems. 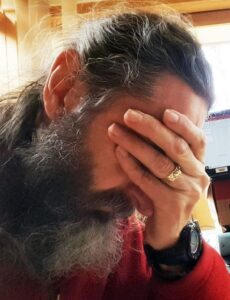 In 2016, 42 scientists involved in alpine research and conservation decision making wrote the Australian Ecologists’ Letter to the NSW Premier in support of effective feral horse control, including the recommendation to implement aerial culling. In 2018, scientists on the NSW scientific committee published the preliminary determination: feral horses as a threatening process. We also saw the AAS write to the NSW Premier, more than 40 scientists authored papers and >150 attended the Kosciuszko Science Conference Sponsored by AAS (some of this work has now been published in a special, open-access edition of Ecological Management & Restoration).

Denying academic freedom, and ignoring the advice of scientists, can lead to further degradation and damage to our ecosystems—A frustrating situation for all of us. Credit: Don Driscoll.

The good news for university scientists is that universities defend academic freedom. University scientists have participated actively in bringing evidence about impacts and approaches to management into the public spotlight, and they do this without fear of retribution from their employers; they are in fact supported by university policy. For example, Deakin University’s Academic Freedom Policy states that within your area of expertise you have the right to speak out without being subject to University sanction and without fear of bullying, intimidation or unfair treatment.

A disgraceful example of disregarding scientific advice, but a good example of academic freedom, hit the media in mid 2018. Professor David Watson resigned from the NSW Threatened Species Scientific Committee after the government flagrantly ignored the committee’s advice by passing their feral horse-protecting legislation. After this very public protest, Professor Watson received an email from his Vice Chancellor at Charles Sturt University, who wrote, “I… just wanted to send you a message of support for sticking to your principles on this.”

In contrast to universities, scientists from NSW government agencies have been completely gagged on feral horse management, they literally cannot even say ‘feral horse’ in public. At the Kosciuszko Science Conference, authorship of three papers was compromised by three NSW agency staff having to withdraw their names, and one entire paper was withdrawn. In the case of the withdrawn paper, Professor David Eldridge of the NSW Office of Environment and Heritage (OEH) had his paper withdrawn just before the conference. OEH wanted so-called “emotive” terms, like ‘invasive’, removed, and insisted on using ‘wild horse’ not ‘feral horse’. However, ‘wild horse’ gives the misleading impression that horses might be native to Australia, while ‘feral horse’ and ‘invasive’ are statements of fact. There were accusations that an OEH officer was instructed to tell the AAS that David was still overseas; essentially OEH was going to lie to the Academy about the reasons behind the paper’s withdrawal. It implies that there is a culture of bullying and intimidation against scientists who wish to share their knowledge on controversial topics, and highlights a deep-set culture within the public service of pulling the wool over the eyes of the public to protect environmentally damaging ministers. These are actions that serve to weaken democracy.

Academic freedom is a big deal. Denying academic freedom to public service experts can make it easier for environmentally damaging policies to be passed into legislation. The suppression of honest reporting to the public has abetted implementation of environmentally disastrous policy by ensuring the public are inadequately informed, and therefore are reducing the risk of a voter backlash. My contention is that an under-informed public may have contributed to the inaction on feral horse management that has resulted in environmental degradation, placed already threatened species at risk of extinction and presided over ongoing animal welfare disasters.

Scientists over the decades have been willing to step up and bring their scientific knowledge to decision-makers and the public. The ecological community, and no doubt other allied fields, need to step up not just for individual issues that can be informed by our science, but also in support of the important role public service scientists should be able to play in public discourse.

Finally, I want to highlight some ways that you can be more involved with the ESA and keep the public engaged in ecological research. There are new opportunities to publish different kinds of articles in Austral Ecology, including a forum section, ecological toolkit and natural history notes. Also, ESA hot topics are now all published after peer-review in Austral Ecology, making them a great way to boost your publication record. The initiative has been steadily expanding its scope and impact, injecting the facts behind controversial topics into public debate. Another exciting way to engage with the ESA is through our working groups; these are teams of active and enthusiastic members who are making things happen for the ESA. ESA members are welcome to nominate themselves to help contribute to the goals of these groups.